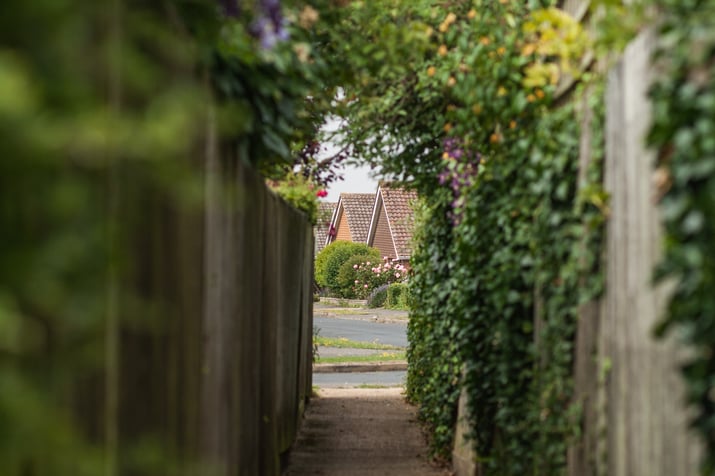 After a year of unmitigated upheaval, South Africans are desperate for some idea of what the future holds. As a result, experts in all industries have been wracking their brains to predict what might lay in store for their sectors. The property market is no exception, but when predictions vary from “the end is nigh” to “hope is on the horizon”, consumers may well be confused about what to expect.

According to Schalk van der Merwe, franchisee for the Rawson Properties Helderberg Group, the simple reason for this is that no-one knows what’s around the corner. If last year taught us anything, it’s that life can still catch us by surprise. So, instead of speculating based on gut feelings, he turned to something a little more concrete: South Africa’s latest real estate, population and economic statistics.

Here’s what the numbers revealed.

The market has not crashed

“The first thing that the figures make obvious is that the South African property market has not crashed,” says Van der Merwe. “In fact, given the utter turmoil occurring around the world, our average house price growth has been remarkably stable, and above inflation. We’re definitely not at the high point of a cycle, but we’re also very far from our lowest moments, and trends suggest growth is heading upwards, not down.”

Of the 6.8 million (formal) properties in South Africa, over 60% are currently valued under R750k. Given that the average South African’s income is now just over R22 000 per month (according to Statistics South Africa) that means it’s entirely possible to qualify for a bond on the average home on a single income.

“This obviously doesn’t take into account the massive informal sector, or pricing discrepancies between big cities and outlying areas,” says Van der Merwe, “but it does show that buying a home is now a very real possibility for tens of millions of South Africans.”

There are plenty of potential buyers

To quantify just how many potential buyers there might be out there, Van der Merwe compared last year’s buyer activity to South Africa’s population statistics.

“The figures show that over 70% of recent property transactions were for buyers between the ages of 18 and 50,” he says. “This age group represents 45% of our total population – that’s a staggering 26.6 million people.

“While not all of these will become buyers, it does suggest great potential for increasing activity, particularly if our government can rekindle consumer and business confidence.”

Tenants are well positioned to buy

According to Van der Merwe, good affordability often has a knock-on effect on the number of tenants choosing to buy instead of rent. Evidence that this is, indeed, occurring can be found in the rising vacancy levels shown in the latest TPN Vacancy Survey.

“While this shrinking pool of tenants presents potential concerns for landlords, it’s a very positive sign for property sales activity, particularly in the under-R1.5 million price band,” says Van der Merwe. “If even a small portion of the 3.4 million households currently renting chooses to buy, we will see a great boost and subsequent growth in the entry-level market.”

There is an opportunity to build

While buying and selling existing properties is the lifeblood of the industry, the statistics also suggest a great opportunity to build new homes.

“We have 59 million people living in South Africa,” says Van de Merwe. “With an average family size of 3.2, that means we need 18.4 million homes in total. We currently have only 6.8 million in formal housing – that’s a massive shortage of 11.6million properties.”

“This represents a huge opportunity for our country – and the property industry – if we can just work together to rebuild our economy, reduce poverty and unemployment, and start planning ahead.”

While the statistics show great potential for the property industry, Van der Merwe says hope must also be tempered with realism.

“Our country has a mammoth task ahead if we are to bounce back from our current political, health and economic crises,” he says. “But the greatest opportunities are often found in the greatest challenges. Much will rely on whether or not our government can accept their mistakes and move forward with positive action. The right signs are there, but for any kind of certainty, we will just have to wait and see.”