Property market’s slow start in 2018 could be misleading 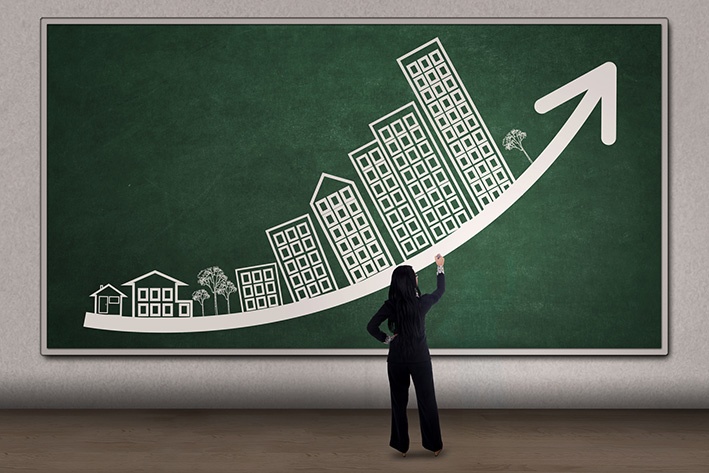 Despite the renewal in consumer confidence and national sentiment after leadership changes in the ruling party late last year, the South African property market saw little in the way of significant recovery during the first quarter of 2018. Some fear this slow start may indicate a continuation of the downward trends experienced across much of the country since 2014, but property experts remain optimistic for a market turnaround.

“Property is very much affected by the local and global economic and political climate,” says Tony Clarke, MD of the Rawson Property Group, “but because of the nature and timeline of property transactions, there tends to be a lag between pivotal events and their effects on the market. I think a lot of people were hoping for an obvious resurgence in property market activity to match the strengthening rand and general renewal of optimism under President Ramaphosa, but, in reality, these things don’t happen overnight.”

Indeed, average year-on-year house price growth dropped from 5% in November 2017 to 3.8% in January and a mere 2.3% by February 2018, according to FNB’s Property Barometer. Adjusted for CPI inflation, this equates to negative “real” price growth. Clarke, however, says these statistics are largely the result of last year’s lingering effects, and should not be taken as a true reflection of this year’s outlook.

“The next quarter should give a more accurate idea of the direction the market is taking, being less directly influenced by the events of last year,” he says. “That said, there are already solid indicators suggesting an upswing in activity and price growth, and we expect those to become clearer as we get deeper into 2018.”

One such positive indication is the notable decrease in properties’ average time on market, dropping from an estimated 17 weeks and 2 days in Q4 2017 to 14 weeks and 1 day in Q1 2018, according to FNB’s Estate Agent Survey. Clarke says this, combined with an increase in the percentage of sellers achieving full asking price (and a decrease in the average difference between asking and selling prices), suggests a return to a healthier equilibrium between supply and demand.

“The recent interest rate drop should also help stimulate movement in the first-time buyer market,” says Clarke, “which is heavily reliant on financing, and very sensitive to economic and political uncertainty. This segment has been a little weaker than usual, with a lot of prospective first-timers waiting out the ups and downs of last year before committing to a purchase. With a more settled political environment and more affordable financing, I think it’s likely more first-time buyers will be pulling the trigger soon.”

It’s not just first-time buyers who are getting in on the action, however. Market activity across the board is reported to be increasing – especially in Gauteng. Tshwane Metro currently has the highest estimated market activity of any metro (including the City of Cape Town), the shortest time-on-market, and rapidly recovering year-on-year House Price Index growth.

“We’re not quite at the point where the negative average year-on-year activity growth trend has been completely reversed,” says Clarke, “but the statistics, and the experiences of our own Rawson agents, suggest that reversal isn’t too far off. It may take some time for market momentum and price growth to pick up to previous levels again, but with the positive changes we’re seeing in our country and our economy, I think we have every reason to expect further improvements over the course of 2018.”

When can I cancel an Offer to Purchase?