For the second time in a row this year, the South African Reserve Bank increased the repo rate by 25 basis points, bringing the prime lending rate to 7.75%. While this decision was in line with most economists’ predictions, debate is now open over just how far and how fast the current upswing will go.

“We’ve been expecting a slow and steady rise in interest rates from the SARB as they normalise the aggressive cuts that were made early in the pandemic,” says Tony Clarke, MD of the Rawson Property Group. “Global economic conditions have just become a lot more complicated with the 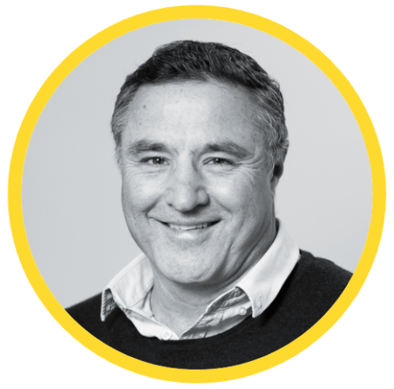 war between Russia and Ukraine, however.”

Clarke says the impact of the war on things like global supply chains, food production and fuel prices will inevitably put upward pressure on inflation in a number of countries, including South Africa. Given that adjusting the repo rate is one of the only mechanisms the SARB has to curb inflation, he believes further increases are definitely on the cards.

“The SARB’s target range for inflation is between 3% and 6%, with the midpoint of 4.5% considered ideal,” says Clarke. “Year-on-year inflation is currently 5.7% according to the latest figures from Stats SA, which means we’re very close to the upper limit of what the SARB considers acceptable.”

While interest rate increases could contribute to keeping inflation under control, Clarke says the SARB must also keep the fragility of South Africa’s economy in mind.

“South African consumers are already under intense pressure, and costs of living are only getting worse with record-breaking fuel price hikes on the horizon,” he says. “I think the SARB is very aware of the fact that adding too much pressure too quickly could be the final straw for our embattled economy. I think we may see the prime lending rate increasing incrementally to reach around 8.5% at most by the end of the year. Any more than that is, in my opinion, unlikely.”

The good news for homeowners is that a total interest rate increase of 1% for the year is unlikely to have a dramatically negative effect on the South African property market.

“We’ve successfully weathered far higher interest rates than 8.5%,” says Clarke. “It’s definitely a good time for homeowners and prospective buyers to re-examine their budgets and cut unnecessary expenses, but we don’t expect too much negative fallout in terms of market activity and property price growth.”

One area that will receive greater emphasis is prequalification.

“Financial stability is going to take centre stage, with prequalification becoming an essential tool for buyers,” says Clarke. “Getting prequalified doesn’t just help buyers improve their chances of having an offer accepted, it also provides an opportunity to prime their financial profile for preferential mortgage rates. That could go a long way towards lessening the impact of rising interest rates in the months to come.”