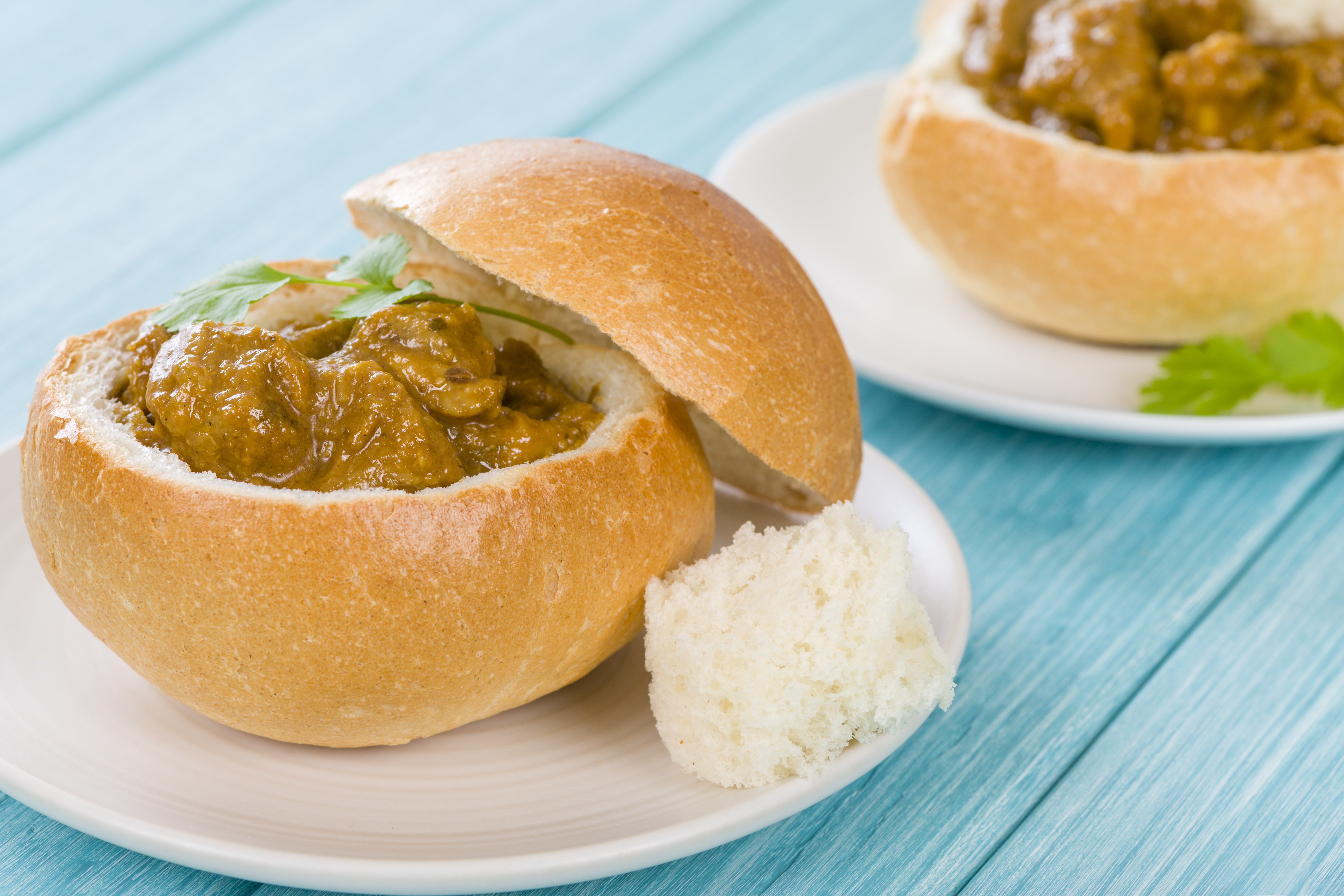 Over the last couple of years Heritage Day on 24 September have turned into something known as Braai Day. While there’s nothing wrong with enjoying a traditional braai on the day we’re celebrating our country’s heritage, the significance of the day calls us to celebrate the many cultures, diversity and traditions that make South Africa a rainbow nation.

As food is one of the best ways that South Africans express, celebrate and enjoy their diverse cultures, we can’t think of a better way to celebrate Heritage Day than with some proudly South African dishes. Here we look at the history of those traditional dishes*

Chakalaka and Pap is one of South Africa’s most renowned dishes, and dates back to the late 1800s when mineworkers flocked to the City Of Gold – Johannesburg – during the gold rush. Legend has it that mineworkers cooked canned produce such as tomatoes and beans to eat with their pap after a long shift in the mineshafts. It’s believed that  mineworkers who came from Mozambique were the ones to first add chilli to their relish, thanks to the Portuguese influences of Mozambique – a spicy element would eventually become stock standard in any Chakalaka.

Over time, mineworkers would cook any fresh produced they had to their disposal, such as carrots, onions, green peppers, cabbage and curry spices – usually along with a tin of baked beans. They would also let this relish-sauce sit for a while to allow the sauce to thicken and for the flavours to enhance, before finally serving it over their pap.

Today, Chakalaka and Pap have become as part of South African food culture, much like braai, biltong and beer.

Bobotie is deeply entrenched in South Africa’s history, and one that highlights and celebrates the rich heritage of the Cape Malay community in this country. While the origin of Bobotie is difficult to pin point, most historians agree that it dates back to 17th century Indonesia; some believe Bobotie comes from the Indonesian dish called Bobotok or Botok, which consisted out of shredded coconut, bay leaves and vegetables. Others believe that Bobotie comes from the Malayan word boemboe, which means curry spices.

Regardless, it’s believed that the dish made its way to South Africa through the Dutch Settlers who brought with them Javanese refugees and slaves from Indonesia when they settled in Cape Town in the mid-to-late 1600 – these refugees and slaves became the early settlers of the Cape Malay community. The Cape Malay community adapted and developed the recipe by incorporating 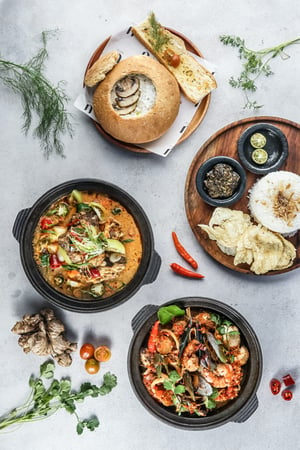 ground meat, curry spices and the egg custard to make the Bobotie recipe that we know today.

A visit to Durban is never complete without sampling a bunny chow. While the Bunny Chow can be traced back to KwaZulu Natal area during the 1940s, no one really knows who created this uniquely South African dish. Some speculate that it started with Indian labourers who worked in the sugarcane field: these workers were looking for something convenient and disposable to carry their lunch to work every day, and thus hollowed out a loaf of bread and filled it with their vegetarian curries. Many also believe that the bread became a substitute for rotis that is traditionally eating with curries and which wasn’t easily available.

The actual term ‘bunny chow’ apparently comes from Bengalese term ‘bania’ which refers to the merchants who sold curry; ‘chow’ comes from the local South African slang word that means food. Together they make what we know as Bunny Chow.

If there’s one dish that’s entrenched in Afrikaans culture, it’s Milk Tart. Interestingly, though, Milk Tart as we know it today is a delicious amalgamation of Dutch Heritage and the Cape Malay influence.

Some say that milk tart’s foundations in South Africa dates back to the 1600, when the Dutch Settlers brought with them the Mattentaart recipe – Mattentaart is a Dutch-Flemish curd-type cake, in which a buttermilk custard is wrapped in puff pastry. It’s likely that the Dutch Settlers adapted the recipe to what we know today due to limited or different products being found in South Africa.

The Cape Malay influence comes in the form of the cinnamon that’s dusted atop the tart – it’s believed that the Cape Malay community who brought spices, including cinnamon, from Indonesia to South Africa.

The Koe’sister (or koesister) is not to be confused with the Koeksister... The former is a traditional Cape Malay cake-like dumpling that’s fried in oil, fried again in syrup and then rolled in desiccated coconut; the latter is the Afrikaans version where the pastry is shaped in a short, flat plait, deep-fried and then covered in syrup.

Both, however, are rich in Cape Malay heritage, which goes back to the community’s Indonesian roots. This is most noticeable in the spices that are used in both recipes: the koe’sister uses cinnamon, aniseed, ginger, cardamom and dried tangerine skin powder as flavouring in its dough, while the Koeksister is often drenched in syrup made from cinnamon sticks, ginger and lemon (as well as a few other more ingredients).

The name of these delicious treats is also tongue-in-cheek as it refers to the polite gossiping between spinsters who, often, made these treats in its early days.

If you’re keen to have a braai for Heritage Day, then a Boerie Roll is as South African as it gets. It’s believed that the idea of sausages came to South Africa via the French Huguenots who brought a similar sausage – made from minced beef and fat – with them to the Cape Colony around 1692. This sausage was then flavoured up with spices – such as coriander seeds, nutmeg and cloves – brought to South Africa by the Cape Malay community.

It was inevitably the Dutch farming community that regularly made and enjoyed this sausage, and who would name it Boerewors –  ‘boer’ meaning famer and ‘wors; meaning sausage. Luckily, nowadays, Boerewors is a dish that most South Africans treasure and enjoy braaiing.